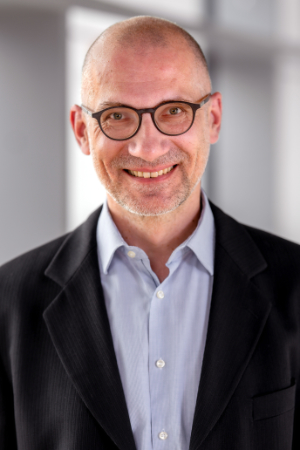 After receiving vocational training in the area of business in an industrial enterprise, Prof. Dr. Claus Atzenbeck studied information sciences and German language and literature studies at the University of Regensburg. Afterwards, he started his occupation as lecturer and doctoral candidate at Aalborg University, Denmark. After earning his PhD degree in the area of computer sciences, he continued his teachings and research as an assistant professor at Aalborg University for another three years. He then accepted the position of associate professor at the German University in Cairo, Egypt.

Between 2011 and March of 2015, Claus Atzenbeck was the first managing director of the Institute of Information Systems. Additionally, between 2010 and 2013, he occupied a position as associate professor at Aalborg University in line with an European research project. On top of his work as a manager and scientist, he regularly served as an evaluator of national and European research proposals and projects.

In March 2015, Claus Atzenbeck followed the call of a professorship at Hof University. He also leads the Visual Analytics Research Group at the Institute of Information Systems.