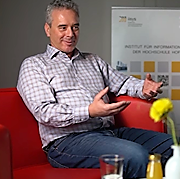 To the Interview with Valentin Plenk 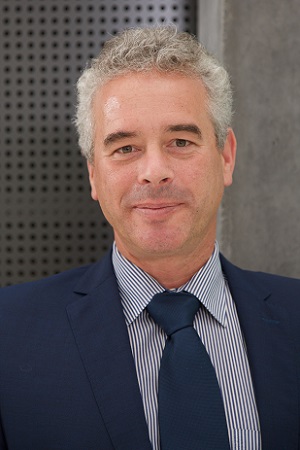 Prof. Dr.-Ing. Valentin Plenk received a diploma in electrical engineering from Technical University of Munich. After graduating as Diplom-Ingenieur in 1991 he joined the team of the Institute for Precision Engineering and Micro Technology as a researcher.
In this function he worked in various projects. Two that stand out are SFB 336 of TU München and the Brite/Euram 2 project BRE20628. In 1996 he passed his doctorate in the department of mechanical engineering of the Technical University of Munich in the field of surface roughness measurements.

1996 he took up a position as developing engineer hard- and software with Karl Süss KG in Garching. One of his achievements was a 150% increase in machine throughput in the main product line by optimizing the control software program.

1997 he started to manage the hard- and software group at Karl Süss’ Garching plant. He supervised 10 developers in his group and improved the engineering processes for special purpose machines. The job also required close cooperation with and frequent visits to the subsidiary in Burlington, Vermont.

Since January 2016 he leads the research team for Cyber-Physical Systems at Hof University’s Institute of Information Systems (iisys).

Cookies make it easier for us to provide you with our services. With the usage of our services you permit us to use cookies.
More information Ok