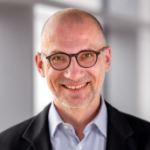 The Visual Analytics research group at the Institute for Information Systems (iisys) at Hof University has its focus on systems that help people structure knowledge. With this project this research is carried over to the domain of TV entertainment. The variety of application domains demonstrate the generic approach of this research.

The project is performed in cooperation with Loewe Technologies GmbH and targets a software demonstrator that is used as a recommender system, enabling users to create their individual contexts of interests. The demonstrator (intended for smart TVs, tablets or similar devices) and will serve as a basis for further strategic considerations at Loewe in the area of intelligent graphical user interfaces and recommender systems. Further R&D or technology transfer projects in this area are planned to be pursued subsequently.

Currently, there are already media libraries or film providers on whose platforms contributions can be searched or navigated in very restrictive categories. The demonstrator goes beyond this functionality by enabling users to put together individual TV programs tailored to their needs without having to explicitly search for specific TV shows or movies. It supports “finding without searching”.

The Demonstrator uses a method that is not very common in the digital world, but is innovative: similar to real cards on a table, the user can place films, genres, actors, directors, music titles, etc. in a virtual 2D space and relate them to each other through spatial arrangement. This can be done intuitively, without prior knowledge and without cognitive overhead, thus including the target group of children or elderly people. The intelligent components of the demonstrator recognize the correlations of the placed data and can, thus, provide further relevant information or film suggestions that the user may not have thought of and therefore would not search for.

In this way, the user playfully navigates through an unknown information space of films (e.g. via public media libraries or subscription services), news articles, documentaries or their corresponding meta-information without having to explicitly search for a title. Similar to a card game in which the computer takes on the role of a player, the user develops his or her interests and creates his or her own television program based on them. In this way, the user leaves the role of a mere recipient, which he assumes with existing systems, and becomes a creator of his/her own “television world”.

HEIMDALL (“Intelligent User Interface”) is a subproject of the joint research project ODIN (“Open Data Innovation”), funded by the German Federal Ministry of Education and Research (BMBF). Its goal is to find suitable software components (so-called “Cubbles”) and appropriately associate them for advanced data analytics. This happens in a 2D-space, in which these modules can be placed and connected. HEIMDALL analyses the structures created by a human user and assists by searching for and applying new components. As such, HEIMDALL fosters a creative process which helps users to reach appropriate solutions efficiently.

Asgard is an intelligent system which calculates correlations between units of information via specialised parsers. It offers an interface for applications which assists human users in finding and organising information. Asgard is currently in its developmental phase, and its functionality is the first of its kind in the world.

Mindspace is an application which implements the intelligence of the Asgard system. It offers a 2D space in which a human user can place notes, documents, and sketches and organise them spatially, much like one would on a desk. Like this, information is structured intuitively. Asgard, incorporated into Mindspace, recognizes these structures and provides the user with further, customized information for the subjects it examines.